From Farm to Table: Inside the Tribeca Greenmarket

The favorite local place for fresh produce, meats, cheese, and more. Here, Ron Binaghi Jr. of Stokes Farm, one of the founding farms of the Greenmarket, shares his story. 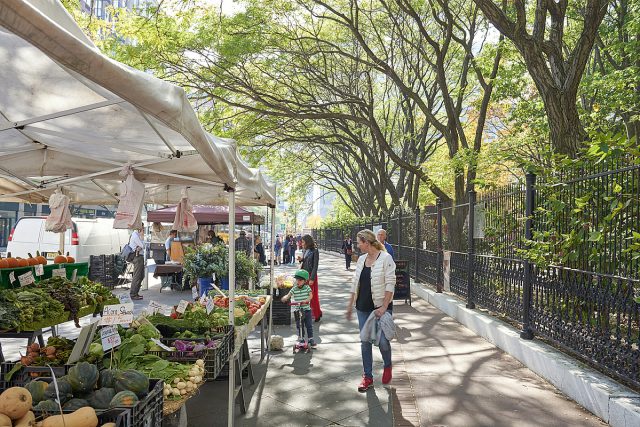 “We know many of our customers by name, and many more by their face or by what they always purchase.”

It's a brisk fall morning in Tribeca and the leaves have only just started to turn vibrant shades of golden yellow and burnt orange. It's early so the neighborhood is still quiet, save for the faint sounds of children and their parents who are busy at the playground in Washington Market Park. A few steps away, along Greenwich Street, the farmers and vendors have set up shop for the Saturday Greenmarket. In comparison to some of the city's other markets, like Union Square, it's petite in size, but it boasts some of the best fresh-picked and organic offerings one can find. Nestled in among the likes of Troncillito Farms and Millport Dairy is Stokes Farm, one of the founding members of Grow NYC Greenmarket.

"Tribeca Greenmarket is a special place. It has a solid local, neighborhood clientele," says Ron Binaghi Jr., who is now at the helm of Stokes Farm. "We know many of our customers by name, and many more by their face or by what they always purchase.

Over the years customers have brought us gifts like homemade jams or Starbucks cards usually accompanied by a nice handwritten note. We really depend on them and they really depend on us, and neither of us takes that relationship for granted." 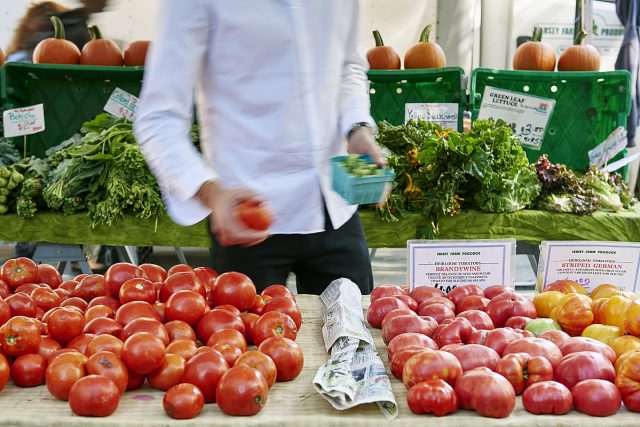 “I grew up on the farm and I always loved it. I never saw it as a job—it is a lifestyle.”

Binaghi's customers come to him especially for his heirloom tomatoes, specialty lettuces, and fresh herbs, all grown at his family farm about an hour outside the city in Old Tappan, New Jersey. While those are some of Stokes Farm's primary (and most prized) crops, they grow roughly 50 different kinds of produce at their 17-acre farm, founded back in 1873.

"We now have the sixth generation working here full time," says Binaghi, who started running his family's stand at the Union Square Greenmarket when it originally opened back in 1976 at the young age of 16. "I grew up on the farm and I always loved it. I never saw it as a job—it is a lifestyle."

His son has since joined the Stokes Farm family ranks. "My dad had a lot of faith in me, and he was confident I would make Union Square a special place. My son now runs his own market at Lincoln Center and I have the same confidence in him as my dad did back in 1976."

Like Stokes Farm, plenty of the stands at Tribeca Greenmarket are family-run operations dedicated to building relationships with their clientele and offering the very best produce in the city. "I just love the everyday challenge of the farm," says Binaghi. "The 85-hour workweek can make you nuts, but being alongside my wife, kids, and grandkids makes it worthwhile."